Thank you! Please check your email inbox to confirm your subscription.

Back to News Items 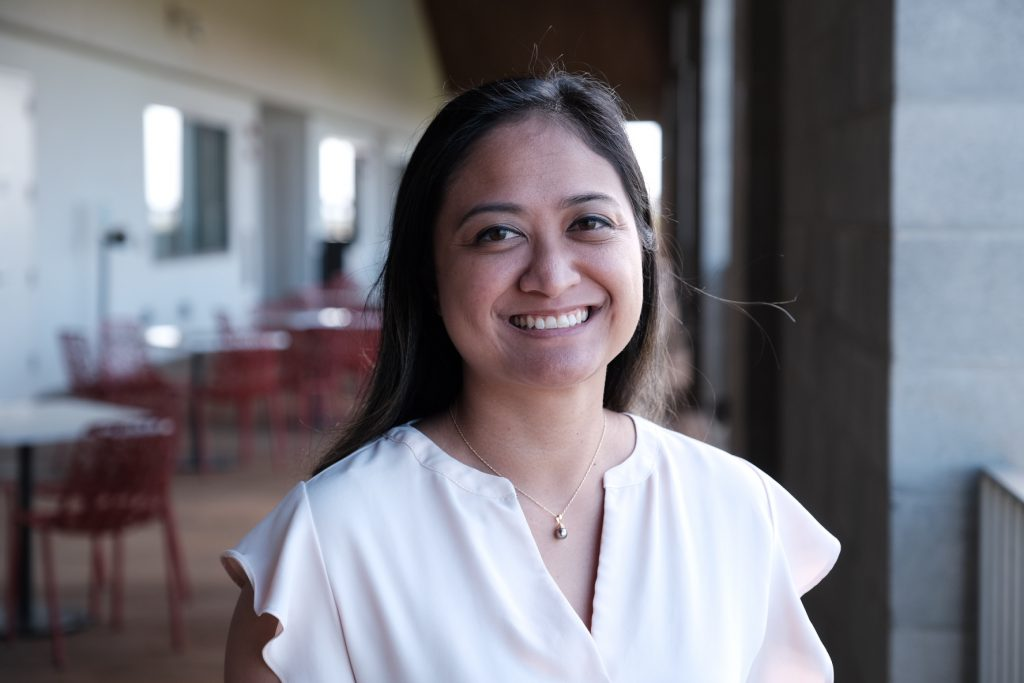 The University of Hawai‘i Foundation recently welcomed Darian Tolentino Padilla, whose primary responsibility as the foundation’s new associate director of development is to raise funds for UH West O‘ahu.

Padilla earned a bachelor’s degree in forensic science and a master’s degree in business administration at Chaminade University of Honolulu. Prior to joining UH Foundation, she previously served at K-12 Hawai‘i Catholic Schools — Sacred Hearts Academy, Saint Louis School, and Saint Francis School — primarily in admissions and enrollment. At Saint Francis School, she served as the assistant to the director of development.

Padilla said in her new role, UH Foundation provides a great opportunity for her to help support the faculty, staff, and students at UH West O‘ahu.

“I was born, raised, and currently live in Wahiawā, and the Leeward coast means a lot to me,” she said. “UH West O‘ahu is providing opportunities and resources not only for its students, but the surrounding community, to be able to ‘live, work, and play’ in our own backyard.”

“My grandma (Shirley) attended UH West O‘ahu as a non-traditional student and earned a Bachelor of Arts in Public Administration,” Padilla said.

Her grandmother graduated on Dec. 18, 1988, from UH West O‘ahu, which was called West O‘ahu College (WOC) at that time.

“I attended WOC on a part-time basis and pursued a degree in Public Administration (Professional Studies),” Padilla’s grandmother said. “Being a full-time government employee, the courses and training professors were of great value — professors were currently working in their field of study and listening to their experiences contributed to the overall decision to enter the professional studies arena.”

She continued, “I learned a lot and applied the expertise towards advancement in my federal career. I am thankful to the federal government; working three years in Japan and then three years in Washington, D.C.”

Padilla’s grandmother retired from the public sector after 45 years and for the past 10 years has worked part-time at her parish, Our Lady of Sorrows in Wahiawā. While she will continue attending daily and Sunday mass at the parish, her retirement from working there officially begins next month in July.

“My grandma emphasized and continues to highlight the importance of education,” said Padilla, who noted that both she and her grandmother are proud graduates of Leilehua High School.

“During our childhood and early adulthood, she encouraged us, her grandchildren, to learn beyond the classroom,” Padilla said. “We were fortunate to travel with her, explore other countries, develop a deep appreciation for other cultures, and gain a greater understanding of our history through many museums and historical sites.”

Padilla added, “I couldn’t imagine a better place to continue her love of learning — in a place where diversity and culture is celebrated and highlighted to make our world better.”

To make a donation to UH West O‘ahu or to learn more about donating, please email darian.padilla@uhfoundation.org or call 808-594-6851.